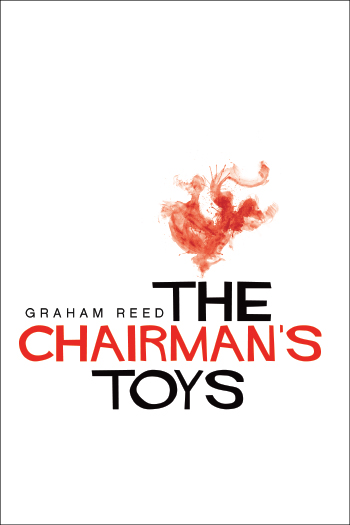 After Jake quits the drug business, his realtor/ex-wife, Nina, gets him a job as a house sitter for her wealthy clients. Jake celebrates by throwing a party in the mansion he was hired to look after. Unfortunately, the guest list gets out of hand, leaving Jake to contend with a hallucinogenic-vitamin-dispensing yogi, a dead guy in the bathroom, and The Norwegian - a criminal force of nature with a grudge against Jake.

When the owner of the multimillion-dollar crime scene returns home prematurely, only Jake's inadvertent discovery of the man's politically incorrect business history saves him from having to clean up after the party. But he still has to come clean with his ex-wife. The situation threatens to turn into an international incident when Nina’s power broker uncle and some Chinese government agents show up to turn the screws on Jake. Soon after that his friends start disappearing. With the Chinese government leaning on him and The Norwegian out to settle an old score, Jake comes up with a desperate plan to dupe a pair of secret agents, save his friends, and (why not?) solve the murder.

My Review:   Through Mr. Reed's amusing, witty and entertaining writing style, we are introduced to  the main character, Jake Constable, who is trying to turn his life around, and get out of the drug business for good. But because of his history and some old acquaintances from his previous life, he seems to run into trouble at every turn.  The characters develop at just the right pace and with enough depth that you are right there, in the story with them.  A lot happens in just a few pages, and before you know it, you are witness to a good old-fashioned murder.  The story itself, is never predictable.  Mr. Reed  takes you on a dizzying rollercoaster ride as you try to figure out the answers to the plot.  It includes the discovery of a body to kidnapping, encountering secret agents, and dueling with a very sizable (and somewhat scary) villain named "The Norwegian".  The plot is anything but simple, but there are no loose ends to leave you pondering either.  Every part of the story is meticulously told to you with cleverness (and sometimes laugh out loud humour) which is a staple throughout this book.  The writing style is unique and an absolute delight to read. Through Jake Constable, Mr. Reed pays homage to the gumshoe tradition of characters like Columbo, but in a contemporary Vancouver setting.  I knew after only a couple of pages, that I was in for a treat and Mr. Reed did not disappoint.  I loved this book and I for one, can't wait for the next installment featuring Jake Constable to be written.

About The Author:  Graham Reed is an award-winning author of crime fiction. He lives on a small island in the Salish Sea with his wife and two children.